We're proud to announce that standing CT imaging is now available to dancers and sports players seeking care for foot and ankle injuries. Contact us for a consultation! 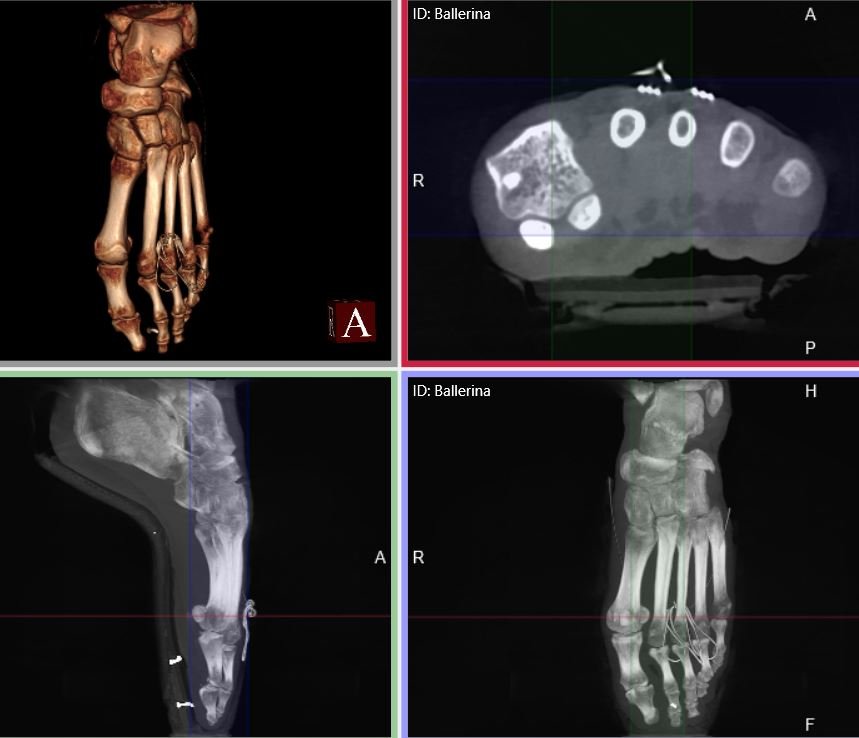 Pittsburgh Ballet Theater soloist Diana Yohe has sprained her ankle several times during her training and career. So she eventually had to have a ligament reconstruction surgery on her left ankle as a result of these injuries.

During post-op recovery, her surgeon ordered regular X-Ray exams to track the progress of her healing. Despite these check-ups and imaging tests, Yohe worried she might not be ready for her upcoming lead role in Giselle.

To get the reassurance she needed, Yohe received a state-of-the-art standing CT exam shortly before opening night, under the orders of Dr. Victor Prisk, MD. Yohe stood en pointe during the scan.

“I could literally see the bones, the ligaments, and even the skin,” Yohe says. “Prior to surgery, my ankle was badly skewed. But on the CT scan, I could see it was back to perfect alignment.”

PedCAT Is A Game Changer, According To Practice Founder

Dr. Prisk, who ordered Yohe’s confirmation imaging test, specializes in sports and dance medicine, as well as orthopaedic treatments of the foot and ankle. He always strives to provide the leading treatments and tests to patients; that’s why he recently added standing CT technology to Prisk Orthopaedics and Wellness, PC, his private practice in Monroeville, PA.

“I invested in this technology because I knew it would be a game changer in how I look at the foot and ankle from a 3D perspective; it literally adds another dimension,” says Dr. Prisk about the new imaging tool. “It allows me to critically assess deformities like never before.”

Dr. Prisk now offers a pedCAT exam for every patient during their initial visit.

Here’s What Happens During A PedCAT CT Scan

During a weight-bearing CT scan, a patient stands naturally while an X-Ray tube and detector rotates 360-degrees around their feet and ankles. The X-Rays are then processed to produce a three-dimensional image of the patient’s foot.

CT imaging is more sensitive than 2D X-Rays in detecting fractures, fracture healing, and other conditions. However, traditional CT technology typically requires much more infrastructure than the average orthopaedic clinic can accommodate. It also exposes the patient to a higher radiation dose than 2D X-Ray.

“The pedCAT allows me to get all X-Ray views for a new patient in less than 45 seconds, and is higher quality than standard X-Ray imaging,” according to Dr. Prisk.

pedCAT scans are also an important tool because foot and ankle specialists need a standing (or “weight bearing”) view of the foot and ankle when treating most conditions. But in traditional CT imaging, the patient is lying down, and this type of view is not possible.

Several of Prisk’s current patients are ballet dancers. Now, with the pedCAT, he can get a 3D X-Ray while the dancer is standing en pointe.

“Scanning a foot en pointe allows to me see mal-alignments that could be resulting from an intrinsic foot problem or even from ballet technique,” Prisk says. He added there have been cases where he was able to determine the ballet dancer was wearing ill-fitting pointe shoes, as the toe box was either too large or too small.

Dr. Prisk, a former professional dancer himself, sprained his ankle during a gymnastics practice when he was 15 years old. The injury inspired him to become an orthopaedic surgeon.

“My dance career taught me how prevalent foot and ankle injuries were for these athletes, and I wanted to help this particular population,” according to Dr. Prisk. “Perhaps back then, if pedCAT technology were available, I would have known if my own ankle was displaced.”

As for Yohe: she’s back to dancing five days a week. And she said her first performance of Giselle went really well. 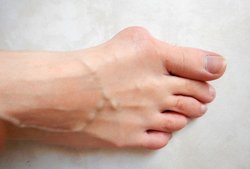 About Bunion Treatment: Surgery and Other Options

Thank you for subscribing!

You will receive important news and updates from our practice directly to your inbox.